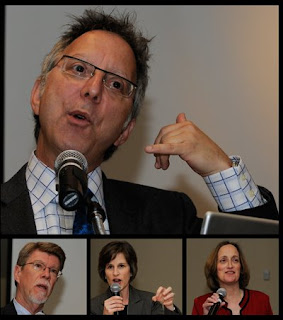 Charles Glasser, global media counsel for Bloomberg News; James Nobles, legislative auditor for the State of Minnesota; and Rebecca Otto, auditor for the State of Minnesota spoke about the secrecy surrounding the bank bailout and other fiscal transparency issues. Jane Kirtley, Silha professor of media ethics and law at the University of Minnesota School of Journalism & Mass Communication moderated. Here are the notes from this NFOIC Summit session:

Posted by National Freedom of Information Coalition at 12:53 AM