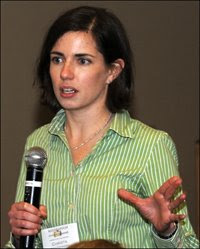 State-by-state updates at the 2009 NFOIC Summit: Christa Westerberg of Wisconsin Freedom of Information Council provided a summary of her state's FOI news.

Posted by National Freedom of Information Coalition at 8:51 PM